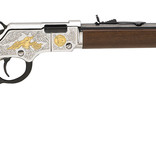 The National Rifle Association was originally chartered in the State of New York in 1871, with the goal of establishing marksmanship training for riflemen. The New York Legislature provided funding for a brand new thoroughly modern range at Creedmore, Long Island, officially opened in 1873, to support the effort. Beginning with its association with the Creedmore Range, the NRA became heavily involved in the rising sport of competitive rifle shooting both domestically and abroad, and soon organized other clubs in other states. The NRA’s instruction manual eventually evolved into the US Army’s training program, and the organization has provided instructors and training in several aspects of firearms sports and safety that include rifles, handguns and shotguns, to hundreds of thousands of new shooters of all ages for well over 100 years.

In 1934, the NRA formed its Legislative Affairs Division, and became increasingly active in the politics of gun ownership with mounting pressure from more restrictive legislation in the years following, creating the Institute For Legislative Action (the NRA’s lobbying arm) in 1975. Since then, as America’s oldest civil rights organization, the NRA continues to be the leading national voice and face of millions of law-abiding citizens who peacefully exercise their Second Amendment rights, coast to coast.

In 2016 Henry built a limited run of 2,000-unit Golden Boy NRA Second Amendment Tribute Edition rimfire lever actions for Friends Of The NRA to salute the organization’s contributions during its 145 years of service in their behalf, and Henry felt so strongly about the matter that they decided to bring it back in 2017 as a general-issue cataloged model for everybody who wants one.

For display, or for affirming your right to own and shoot this tribute to the National Rifle Association and the Second Amendment it so strongly defends, another Henry lever action you can be as satisfied to own as they are to make.